18 Nov What is Asbestos and Why is it Harmful?

Posted at 09:00h in Uncategorized by C7DTeam 0 Comments
0 Likes
Share

While an old home or office building has a particular antique charm, it may cause concern for the presence of asbestos. This popular building material was widely used in construction projects across the US in the 19th and 20th centuries. However, any sum of exposure to this substance can be hazardous to one’s health according to long-term medical studies. But what exactly is asbestos, and why is it so harmful? In this article, we will take a look at this famous hazardous material and the deadly consequences with which it is now associated.

Asbestos is a collective term for six naturally occurring fibrous minerals. These are used to strengthen and fireproof materials, making them a choice substance to create sturdy construction. However, they are also known to cause several types of cancers and diseases, particularly mesothelioma and asbestosis. In fact, these minerals are deemed so dangerous that they are banned in most countries. 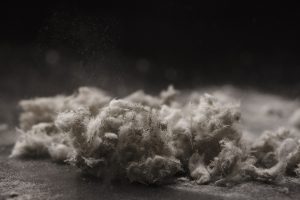 However, before the discovery of its inherent hazard, this was a helpful yet dangerous material. And as such, it was once highly used in construction projects for its outstanding insulating and strengthening qualities. Pure asbestos can be made into several products such as felt, cloth, rope, and even paper. It can also be mixed into cement, drywall, compounds, plastics, paints, sealants, and adhesives.

The Use of Asbestos:

Asbestos mining became a major industry with the industrial revolution in the late 1800s when its construction value became quickly known. And during World War II, asbestos companies began to make enormous profits by selling insulation to shipbuilders. From there, its prominence continued to rise until its peak in the US in 1973.

However, by the mid-1970s, evidence of asbestos health hazards emerged, linking the minerals to several types of cancer and disease. So labor unions of workers who handled the material began to fight back. And by the 1980s, most American companies began to phase out their use of asbestos. Today, the substance is not banned in the US due to pressure from business endeavors, though it is highly regulated.

Why is asbestos harmful?

Asbestos is composed of microscopic fibers that cannot be detected by smell, sight, or taste. Yet, they are unsafe to merely inhale. And today, it is confirmed that they are linked to several harmful diseases.

The most common asbestos-related cancer is called mesothelioma. There are also explicit connections between asbestos exposure and lung, ovarian, and laryngeal cancer. While no amount of exposure is safe, continual, or prolonged exposure will increase one’s risk. However, it takes a long time–about 40 years, for any damage to develop. That’s why diagnoses are still on the rise as patients who were exposed between 1940 and 1979 are showing signs of disease.

If you require the removal of hazardous materials such as asbestos, please do not hesitate to contact us at ECTI. We are your trusted San Bernardino and surrounding area experts in hazardous waste transportation, and we are here for your exact needs. It is our mission to provide customized service to your facility, and we look forward to serving you! Reach out today for scheduled and emergency assistance.